This will be a pitching program. We really hope that we can get to our main topics, and as many other topics as possible. Mainly we'll need to make sure that we raise some amount of money during this program, however. So please call 1-212-209-2950 while we're on the air and pledge to Back of the Book. That will help a great deal. Maybe I shouldn't make any comments about when I'll update this Web page.

Sadly, we must announce the death of another WBAI producer. Sandy Boyer was a co-host of Radio Free Eireann, which airs Saturdays at noon. His co-host John McDonough has posted a tribute page to Mr. Boyer. 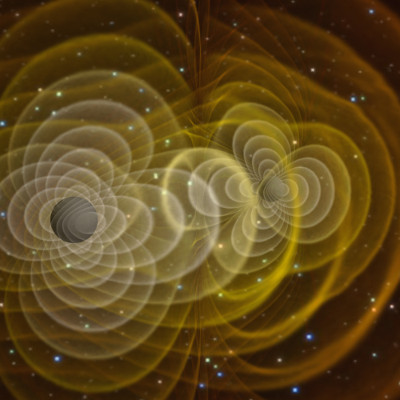 Of course we plan to talk about the big astrophysical news of the week, the discovery of gravitational waves from the merging of two black hold about a billion light years away, and thus about a billion years ago.

This is a big deal for physics. Scientists are finally getting to use something in addition to the electromagnetic force to explore the universe.

The WBAI Winter 2016, 'thon has begun. Management will be looking to see what programs give evidence of having listeners. I hope we raise some money for the station this time.

So for this WBAI Winter 'thon, if you can, please call 1-212-209-2950 during the radio program and pledge some amount of money to help keep Back of the Book on WBAI and help keep WBAI on the air.

We've actually registered some generic WBAI premiums for this program, so we hope that you'll be tempted to pledge for them. Remember, the pledge needs to come in while we're on the air for it to count.

We plan to talk about distractions and how they can be so dangerous. We're especially talking about people distracting themselves while they're moving around by having their attention fixed on their hand held electronics. 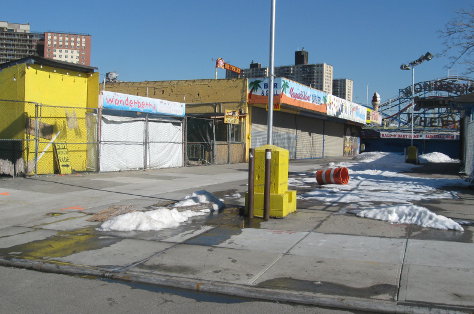 Part of the Bowery at Coney Island

So will all or some of these amusements at Coney Island be disappearing into the real estate shredder, as so many others have over the past few years? If we get time we'll talk about this tonight.