We will definitely get to distractions on this program! We also plan to get to a bunch of other topics. Check back for updates to this Web page. 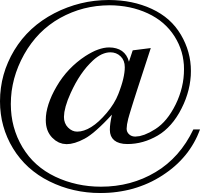 Ray Tomlinson who invented E-mail and instituted the use of the @ sign for E-mail addresses has died. We plan to talk a little bit about that.