This is our annual Christopher Street Liberation Day program. We'll talk about the march that we went to last weekend, and we'll talk about some LGBT history. We'll observe our usual traditions for this annual program. We also plan to talk about various other things, including the NASA Juno probe that will arrive at Jupiter on July 4th. If we have time we may get to reading some mail on this program. Check back for updates.

He had suffered a heart attack in February of this year. A few days ago he passed away from combined respiratory and heart complications. He was 68.

Around WBAI he was mostly unseen, doing his work from home a lot. He was responsible for WBAI's new front Web page, the new Archives page, and a number of other pages throughout the WBAI Web site.

A memorial foundation has been established to grant LGBT photography students funding for tools and supplies. In lieu of flowers, the family is asking that donations be made to the Alan Katz Memorial Photography Grant. 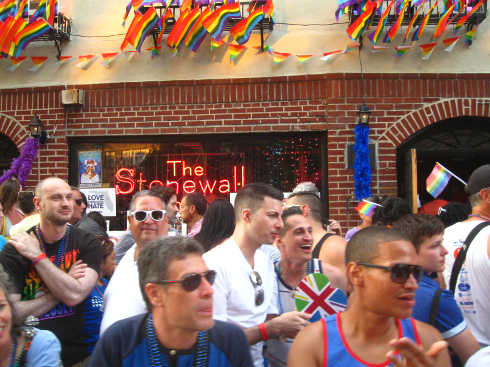 The Stonewall is Now a National Monument

The 47th annual Christopher Street Liberation Day march, aka the LGBT Pride “Parade,” was held on Sunday, June 26, 2016. Pickles of the North and I were there. Here you can see the epicenter of the entire day, the Stonewall Inn. This is actually the second, at least, incarnation of the Stonewall. The space had been occupied by a bagel restaurant for a while and various other businesses. And two days before the march President Obama designated the Stonewall Inn as a U.S. National Monument. Yeah, we've certainly come a long way from the riots of 1969, when Richard M. Nixon was President. 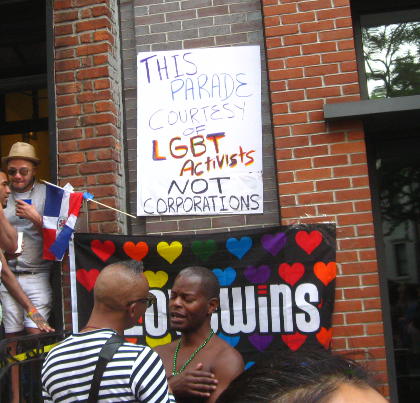 And another artifact of the movement coming a long was is that the 2016, march was front loaded with politicians and corporate groups. There were no corporations marching in 1970. Of course there was no presidential candidate marching in the march in 1970, either. 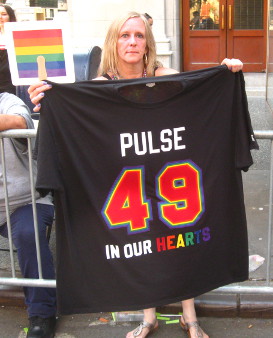 A Message From an Onlooker

This message of course relates to the mass murders in Orlando only two weeks before the march.

I've spoken on a previous program about the Gay Activists Alliance ZAP of the New York City Marriage License Bureau many years ago. Well, Pickles of the North has found that Randy Wicker, who used to do a radio program on WBAI, has posted videos of that action on YouTube. If you look closely at the third part you will see someone who's much shorter than anyone else, and who has long, curly hair. That's me. I used to say that I had the most famous back of the head in the movement, because that's all that cameras ever saw of me. And if you keep your eyes peeled you can even see a face shot of me, for a fraction of a second, in that final segment.

Oh, and wait till you hear who one of the parties looking to get a marriage license that day was! 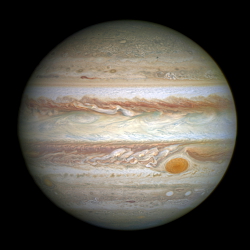 We plan to talk a little bit about the Juno probe that will achieve a polar orbit around the planet Jupiter on Monday, July 4, 2016. The Juno spacecraft will become the fastest human made object, after it starts to swoop in close to Jupiter. It's orbit will be quite eccentric and at closest approach Juno will be moving at about 129,000 mph.

The Web page for our previous program has been updated.