It's Sunday night, August 28, 2016, 21:34, and I've updated this page with the information about WBAI being off the air during this program, and why that happened. I've also noted the completion of 30 years on the air for this program. I should get some more updates soon. The original top of this page follows the arrow. ⇒ As we prepare to rush out we do not hear anything on 99.5 FM. We've not heard any programming, or full quieting for some time. Is WBAI off the air? We hope not! I'll update this no matter what.

When I was setting up the air check for this program I found that I couldn't get WBAI tuned in. We figured that the station might be off the air. We were right.

When we came in we experimented a bit and found that WBAI was indeed off the air. Someone had scheduled a whole bunch of other programming on the computer. I realized after a bit that instead of a long, pre-recorded program being about to end, it was going to go on for another hour or more. So I faded that down and we went on the air.

We did a radio program, and I'm told that although it did not go over the air it did get streamed, and I have confirmed that it is in the archives.

It was only after the program that we found a notice tacked to the outside of the door to Master Control. 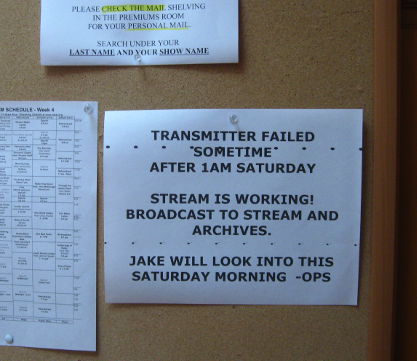 After we got home later that morning I found an E-mail from WBAI General Manager Berthold Reimers, dated 8:59 AM on August 27. It was a reminder of the fact that the Empire State Building had scheduled some electrical work, it said, Power Shutdown Notice: There will be a Power Shutdown scheduled for Saturday, 8/27/2016 beginning each day at 0001 HRS and concluding at 0800 HRS. During this shutdown we will be replacing a Main Switch in the Power Vault. The reminder to the General Manager and the Operations Director was dated August 26, but included in the reminder was the original E-mail telling WBAI Management about this scheduled down time for the Empire State Building, and that was dated August 17! So WBAI Management had known 10 days in advance that WBAI would be off the air on Saturday morning, August 27, and they never told any of us about it until after it was scheduled to be over. Other producers have reported that WBAI got back on the air at about 11:30 AM on August 27, 2016.

Here's most of the E-mail alerting management to the scheduled down time at the Empire State Building. 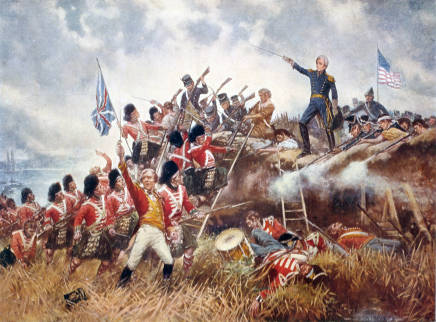 We plan to talk about the Battle of New Orleans which took place mostly on January 8, 1815.

The reason why I want to talk a bit about this battle is that I have found that the battle, which I was always taught was an example of a totally futile gesture and a worthless waste of life, turns out to have been a major turning point in the future of the United States of America and of the world!

Yeah, that painting from 1910, is the typical painting you get of any kind of battle. Painters have to show faces, and they can't do that if the canvas is of a normal size and depicts the real life battle ranges. So you get depictions of people right on top of each other when they were much farther apart, mostly. Paintings of sea battles are usually presented on scales that are even more ludicrous. 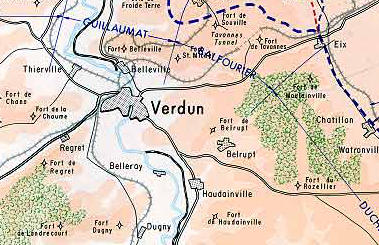 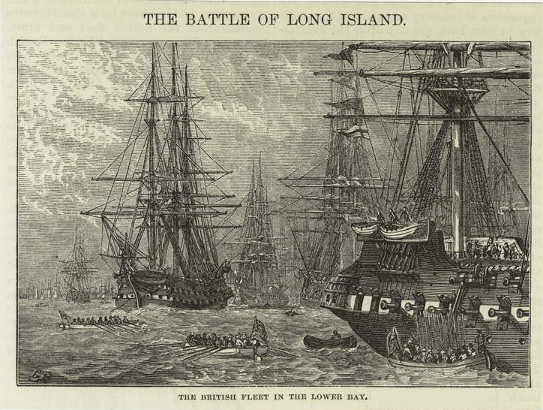 This was a big loss of territory for General George Washington and the Continental Army, but Washington was able to save the army, which was more important than the battle had been.

We're planning to talk about some few events that happened in the wee hours of that morning 240 years ago, and of course we'll talk a bit about Washington's escape. This battle has always been recognized for its importance to the United States.