We're planning to talk about this rule 41 thing, which looks like it could be a complete disaster. We also really want to get through the mail backlog on this program. Of course we'll do more than that. This page will most probably get updated some time fairly soon. 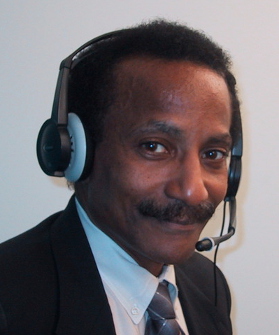 Former WBAI producer Eric Williams has passed away. It is being reported that he died from complications associated with COPD, Eric was 62. Eric had been with the WBAI News Department, and he was a contributor to the Pacifica National News. He had gone to Australia after leaving WBAI, but he had come back to America some years ago. He was the City Hall reporter for WLIB at one point. Eric was an on-site reporter for WBAI on September 11, 2001, reporting via phone to WBAI from very near the twin towers. He reported events as they unfolded for several hours that day for WBAI and for the Pacifica Network.

So another WBAI producer has died. Eric was a good person. He spoke his mind to Management when Management would try to sugar coat declining listener numbers. He was very experienced at radio reporting, and he will be missed.

We plan to talk about the changes to Rule 41 of the Federal Rules of Criminal Procedure. Basically, this change to the rules, which will go into effect on December 1, 2016, unless it is stopped by Congress, will authorize federal judges to issue warrants that will allow law enforcement to search through potentially millions of computers, smartphones and just about anything else electronic. Oregon Senator Ron Wyden(D), has introduced the Stopping Mass Hacking Act (S. 2952) in an effort to at least temporarily stop the amended Rule 41 from going into effect. Unfortunately, other Senators have objected and this bill is not moving forward. 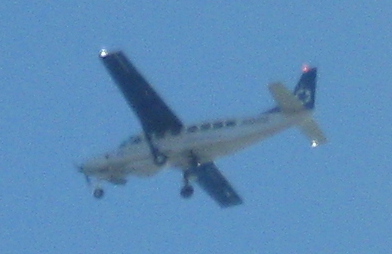 Pickles of the North and I were down at Coney Island the other day and this plane kept circling overhead. It went down a considerable extent of the Boardwalk, making overlapping circles all the way down. And what is that dark thing that's sticking out from under the middle of the aircraft, just in back of the landing gear? I strongly suspect that it's a camera.

So if it is a camera, then I do wonder who's taking photographs of Coney Island on the first day of Autumn? That blue star in a circle on the tail of the aircraft may tell us something, but I don't know what it is. Unfortunately, the aircraft flew too high for my little camera to get a better shot of it, and I was never able to see its registration number, which might have given a clue to who had it doing whatever it was doing. Am I being paranoid? Maybe not these days.

We are really going to make an effort to get through the mail on tonight's program. Wish us luck!