We are coming back on the air for the first time in six weeks. We could try to cram a huge amount of stuff into this program, but that probably wouldn't be a good idea. We will of course talk about this election, and more. Check back for updates. 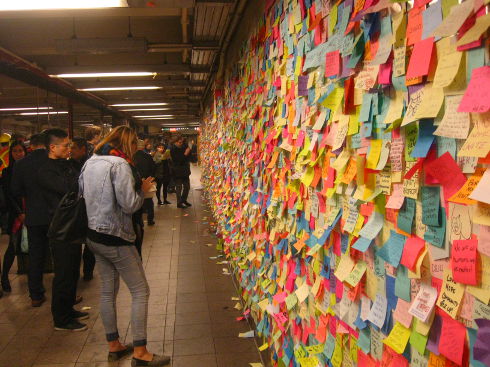 One of the Walls Full of Sticky Notes

The biggest, most terrible news of the last six weeks is that Donald Trump has actually been elected President of the United States. Talk about a surreal situation.

We plan to talk about how this all happened, and what may happen over the next few months. Oh, if only we had a time machine.

We'll enter late Autumn on Monday, November 21, at 6:56 AM (ET). You can find more on the seasons and sub-seasons here.