Okay, here we got into December. On into the Trump years! I hope to update this soon. 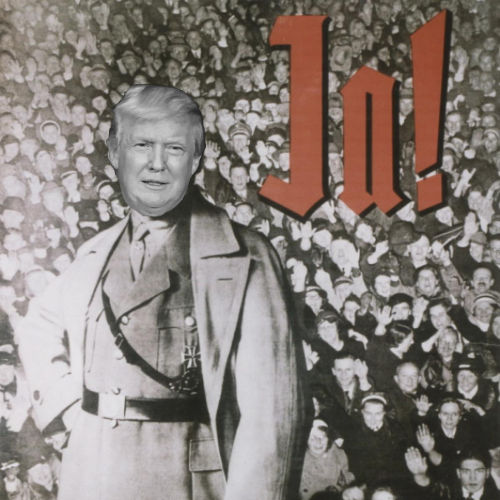 Yes, we will no doubt have to talk at least a bit about the current situation.

Appointments are being made, but maybe Sarah Palin won't get appointed as head of the Veterans Administration, or anything else, since she has said that Trump's deal to keep 1,000 jobs at the Carrier Corporation plant in Indiana from moving to Mexico was crony capitalism, which Trump was claiming to be against when he was campaigning. Also, the Indianpolis Star is reporting that 300 of the jobs that are being saved weren't going to Mexico anyway. So Trump is already spending about $7,000,000 of tax payer money on something that may not even last, but will show other companies that they can manipulate him into handing them tax money.

Meanwhile this idiot Trump is just making calls to various heads of state and raising expectations in various quarters that he'll do all sorts of deals with them that would run counter to the foreign policy of the United States. And he probably doesn't even know that he's doing that.

He's already holding right wing bund rallies in states whose Electoral College votes he won. Meanwhile his supporters are trying to prevent recounts in some of these states. One wonders why they'd do that. 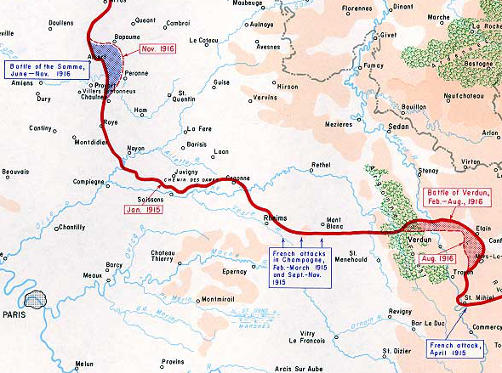 We've previously talked about the battles of Verdun and the Somme in World War I. Everything comes to an end, and those two battles were over with 100 years ago, but the suffering went on, and the legacy of those battles fueled belligerence among European powers for decades afterward.

On the map you can see that very little territory changed hands as the result of the battles, and what they mostly did was to act as huge meat grinders killing, wounding and leaving as missing in action around 1,050,000 soldiers. And of courser a lot of civilians were ground up in these massive battles as well. 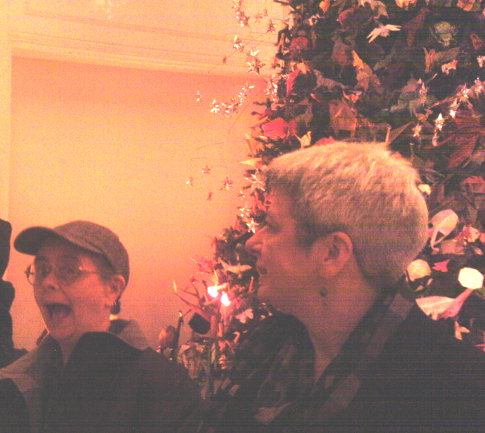 Pickles of the North and a Friend at the Origami Tree

Pickles of the North, on the left and apparently having a great time, went to see the balloons for the Macy's thanksgiving Day Parade getting blown up on the grounds of the American Museum of Natural History the day before Thanksgiving. Here she is in the museum with a friend or two. She's having quite a good time by the Origami Xmas Tree there. 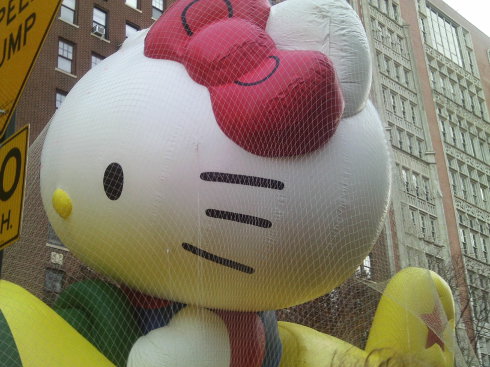 One of the Balloons

Here's the Hello Kitty balloon. Pickles of the North got there, with friends, long before the massive crowds gave the entire balloon watching thing a downside.