It's Friday evening, January 27, 2017, 18:41, and I've updated this Web page with the news of Bob Fass' digital immortalization. I've also replaced the photograph of Alpha [aka Rigil Kentaurus], Beta and Proxima Centauri with one that makes the relevant stars more visible. The original top of this page follows the arrow. ⇒ This is, of course, our last program for 2016. We hope we'll have a whole bunch of programs in 2017, but there's just no telling. Of course we'll talk about a certain impending disaster. Check back for updates.

In three weeks an absolutely unqualified and unfit person will be the President of the United States of America. In a complex world of geopolitical cross connections, economic dependencies and rivalries and power hungry individuals what the hell is going to happen? Will more unstable countries get nuclear weapons over the next four years? Will a fake news story trigger as nuclear war? In what will be a depressing segment for us we'll talk about some of these possibilities. 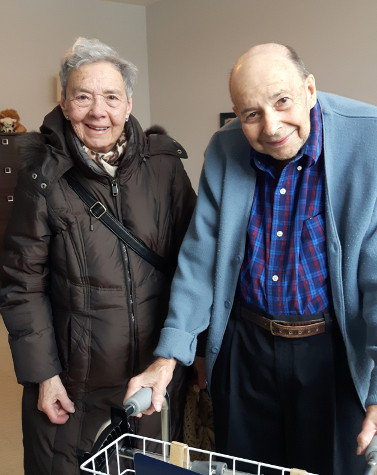 Pickles of the North's Mother and Uncle

Pickles of the North went up north again. She'll talk about that on this program. Here we have a photograph taken of Pickles' mother and uncle. 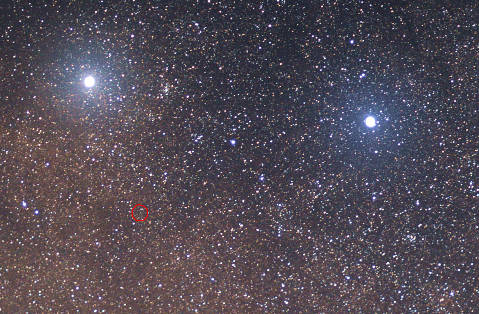 The International Astronomical Union (IAU) gave official designations to 227 stars in November, among them renaming Alpha Centauri to Rigil Kentaurus. They made the announcement on Thanksgiving Day, when no one in the U.S.A. would see it.

So now Alpha Centauri is Rigil Kentaurus A and B and then they left the third member of that star system named Proxima Centauri. These are the same people who demoted Pluto from a planet to a dwarf planet. 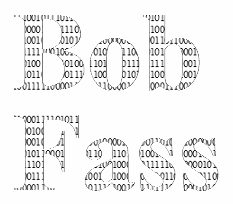 We have heard the news the other day that long time WBAI late night, free form live radio host Bob Fass is going to have his huge archive of radio programs digitized by Coumbia University.

The University bought Bob's trove of recordings of his radio program earlier this year, and they are currently cataloguing about 10,000 hours of that archive. Their goal is to preserve a record of what Bob's guests, who were musicians, political firebrands and freethinkers of some imporatant eras in history, were saying at formative points in their careers. The digitized programs will become part of Columbia University's Rare Book & Manuscript Library.

We have taken on a major audio archive of an outsider figure who was positioned uniquely at a critical moment in American history, said Sean M. Quimby, the director of Columbia's Rare Book & Manuscript Library. At the end of the day, this is a huge corpus of data that will used by historians.