We will talk about the last week of Western civilization tonight. A President Trump may very well end that. No way to avoid talking about this. We do plan to bring up other topics as well on this program, however. Check back for updates. 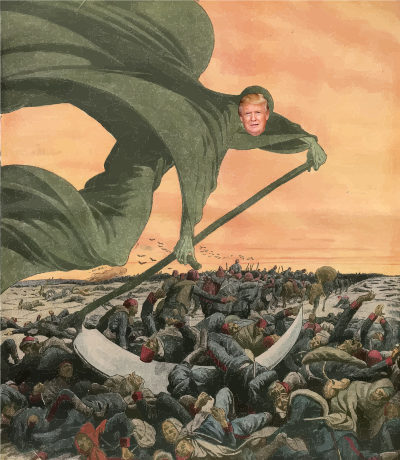 Is This the World's Future?

We will be talking about this creep Donne Bonespur Trump again. How can we not? This idiot will be the most powerful person on Earth one week from now. How can we withstand the next four years? Will democracy survive? Will humanity survive?

We won't make him the focus of the entire program, but we will talk about the impending inauguration of what is probably the least qualified person ever to become President of the United States.

We plan to talk about the victory of Hubert Edward Spires, the gay man who, at the age of 91 has finally gotten a proper discharge from the United States Air Force. He was given an undesirable discharge in 1948, after various homophobes in the Air Force had harassed and intimidated him. Now he's gotten his discharge status changed. Good for him!